As a fresh graduate seeking his first job, I was truly inspired by a quote from Ralph Waldo Emerson: “Don’t follow where the path may lead. Instead, go where there is no path and leave a trail.” I decided to list out my preferences such as having a decent salary, reasonable workload and the flexibility to occasionally not work on weekdays. Naturally, my de-facto decision is to work in the call center industry. Till this day, I’m still working as a customer representative in a

Virtual Reality Headset created a trend in visualization training in the top ranks of elite Olympic athletes like Gwen Jorgensen. In the near future, we can expect the VR technology will take a major role in the road to champions and medals, no matter it is a good thing or not. As the US's first ever winner in triathlon gold, who is relatively new to cycling and only finished 38th in London Olympic in 2012, Gwen Jorgensen's secret training tool isn't her $10,000 road bike, bu 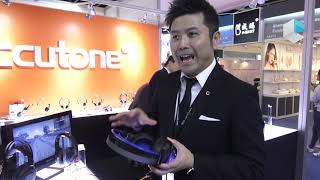